The 35 mm calibre AG-35 anti- aircraft gun and its A-35 variant are firepower which have been designed to operate within the anti- aircraft battery.  They serve in particular for engagement of the aircraft, helicopters, wing rockets and unmanned combat air vehicles (UCAV) flying at very low, low and medium altitudes.  These guns can engage the ground and seaborne lightly-armoured targets.

The design of the both of accomplished variants has been based on  the 35 mm automatic cannon produced by HSW S.A. but they have different targeting and fire control systems. The A-35 gun is mainly dedicated to be connected to the WG-35 fire control vehicle from which it is remotely controlled by the operator.  The integrated programmable  aiming sight of the gun can be utilized for engagement of both the land and seaborne targets.

By contrast, the AG-35 gun is equipped with the integrated  optoelectronic tracking head,  ballistic computer and videotracker. With these elements, it is possible to create fully functional aiming channel capable to  independently acquire and combat the threat. 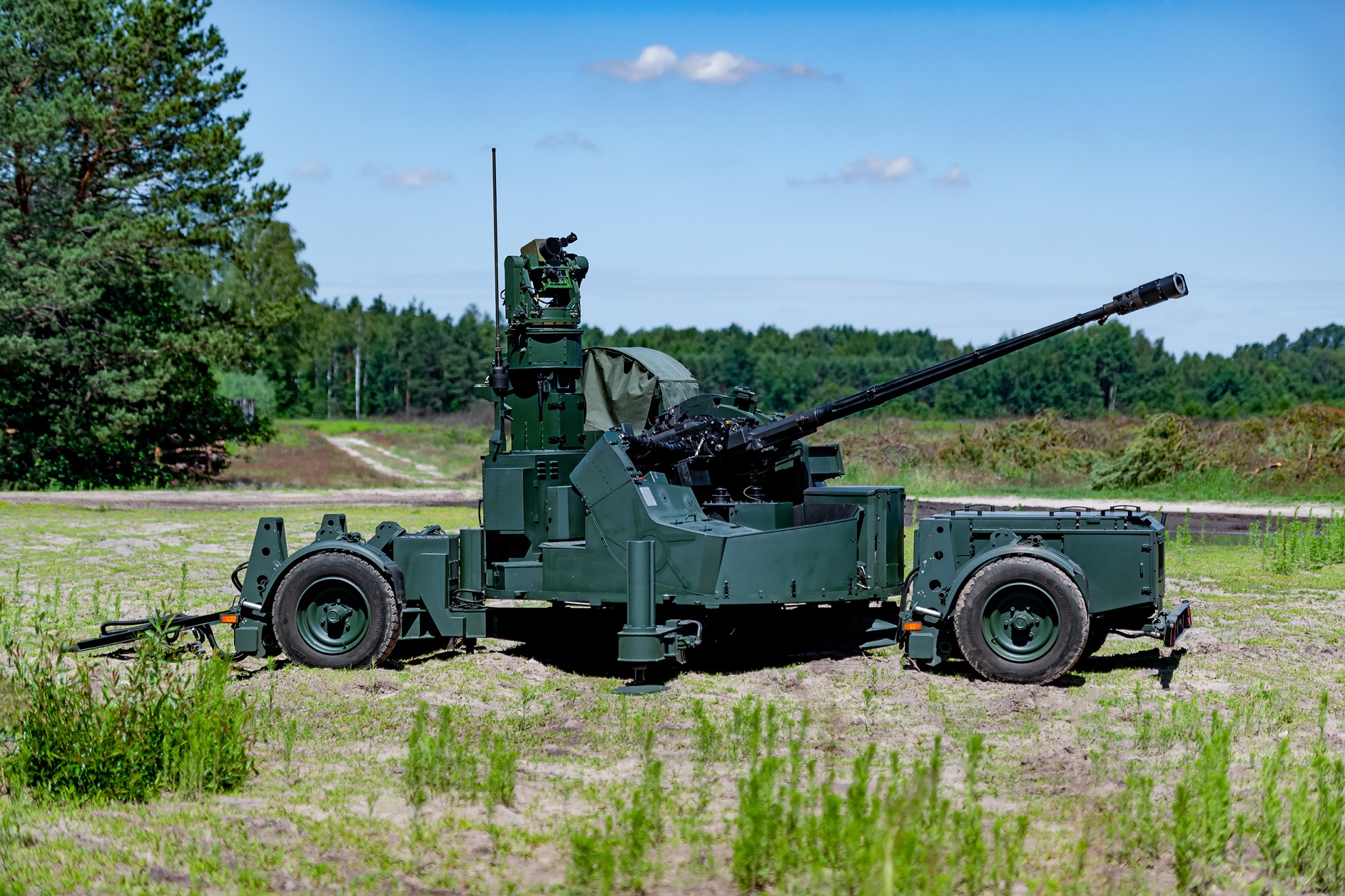 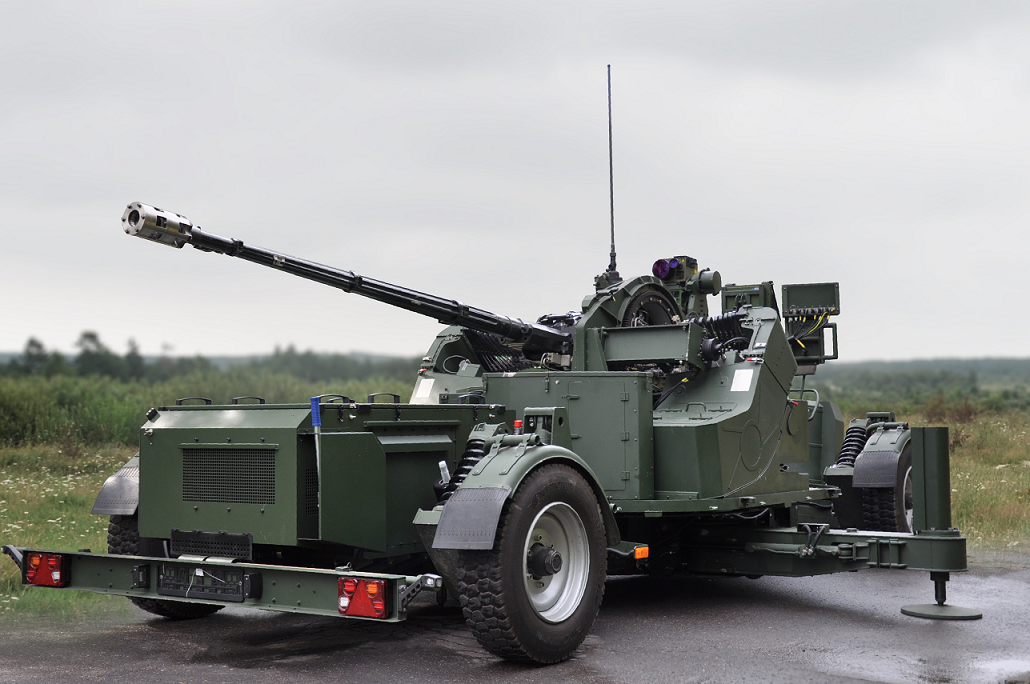 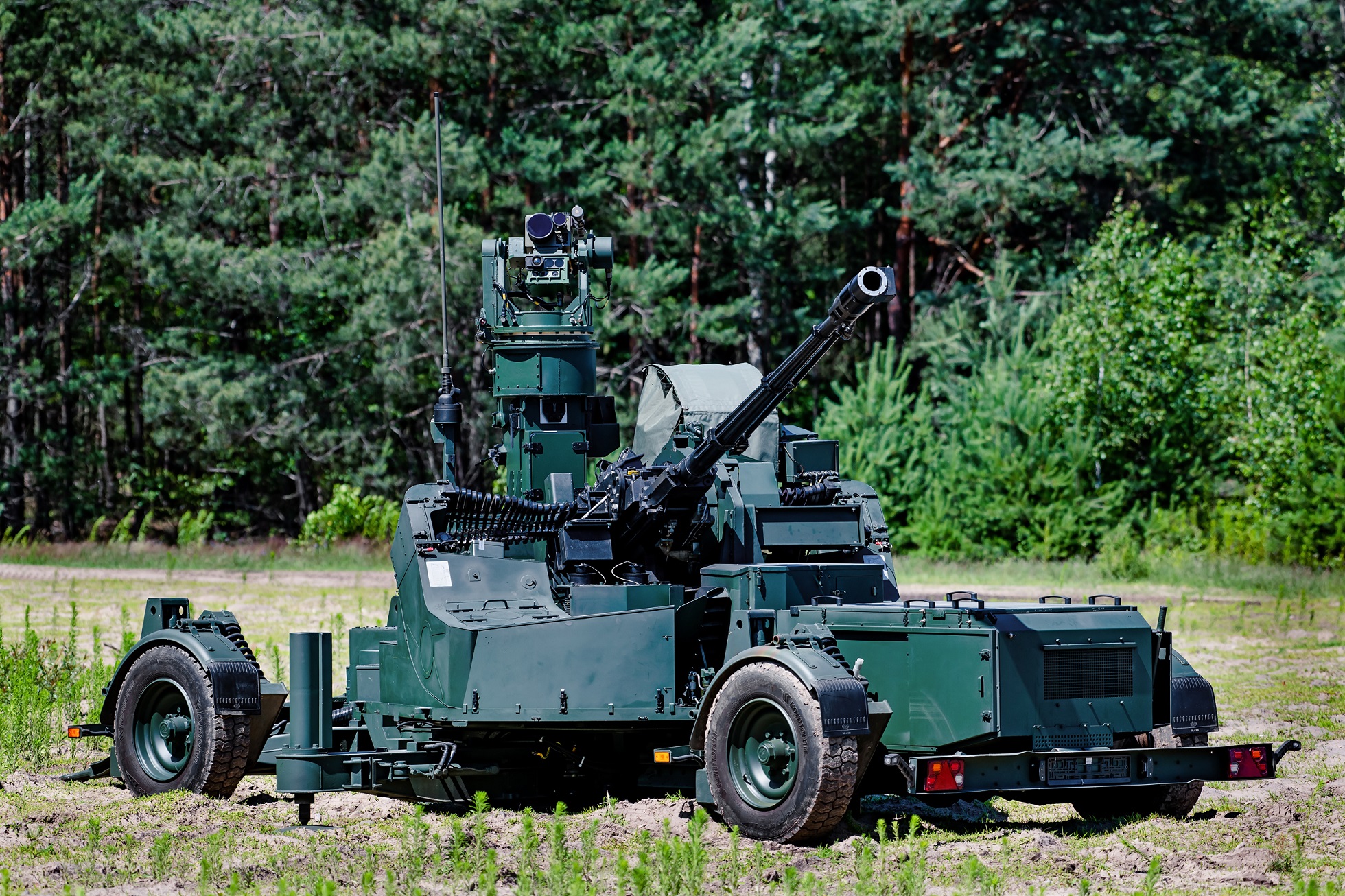 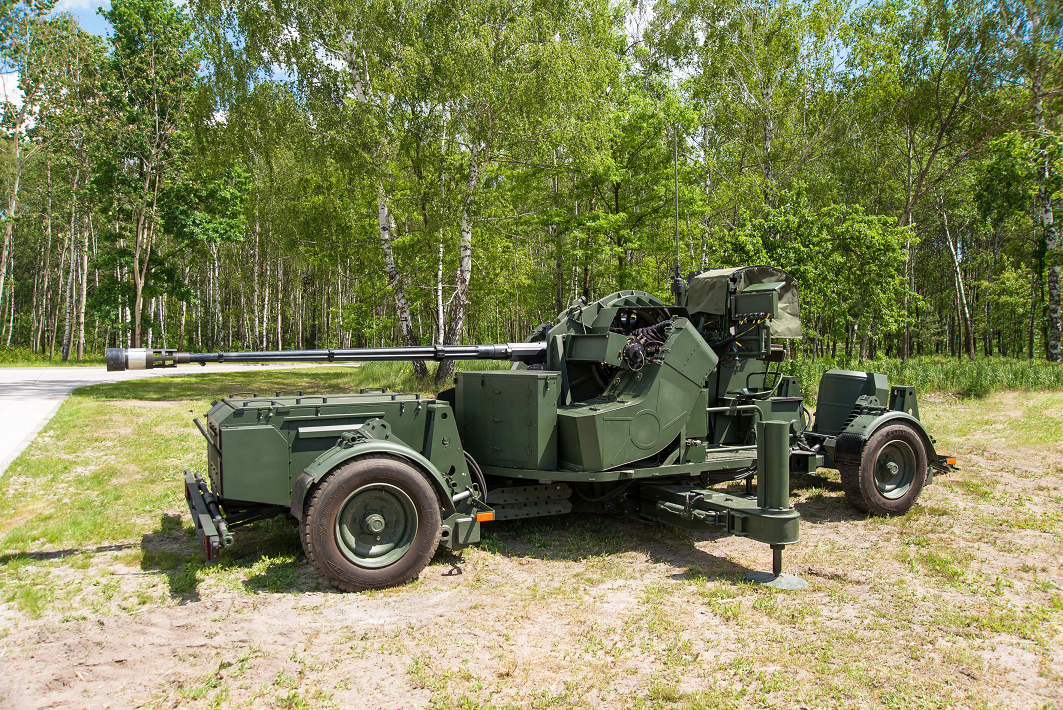 Beside the 35mm automatic cannon  produced by HSW S.A. and equipped with a spare barrel as a standard, the other common components of the AG-35 and A-35 guns are: gun hydraulic control system, hydraulically folded/deployed chassis,  drive sub-system,  sub-system of automatic orientation and positioning based on the inertial navigation, the communication and data transmission sub-system, sub-system of ammunition feeding and  integrated system for programmable ammunition with measurement of muzzle velocity.

Apart from typical functions, the control sub-system of the automatic gun has the capability to  switch  the sources of feeding the ammunition  to one of the two  magazines located on the opposite sides of the gun rotating platform. The best solution for a full spectrum of airborne and ground threats is the combination of sub-calibre FAPDS-T  (Frangible Armour Piercing Discarding Sabot with Tracer) and programmable ABM (Air-Burst Ammunition).

The drive sub-systems of the gun and the optoelectronic tracking head are designed based on the advanced  drive units  and dedicated electronic controllers in each of axes. It provides for high dynamics and precision of movement at the same time.  Inertial navigation  sub-system (including GPS) ensures the gun’s attachment at firing position and accurate and continuous measurement of azimuth angle, angles of inclination and tilt as well.

The communication and data transmission sub-system  ensures the radio and cable communication with the battery command and control system and with the WG-35 fire control  vehicle while performing the transfer of data and voice. The sub-system enables  remote control of the gun from a portable terminal. The above functions are executed by means of digital phones and  wideband radios, among others.

The built-in optoelectronic tracking head of AG-35 gun is equipped with daylight camera, infrared  camera and high repetition laser rangefinder.  With these sensors, the system may perform combat operations in different weather conditions, during the day and the night.

The application of the optoelectronic tracking head and independent fire control system at the AG-35 gun enables the operation in various modes resulting from the combination of several options for target designation.  They are based on acquiring the target by using its own tracking head  or the tracking head of the WG-35 fire control vehicle which may obtain target designation from the SOŁA or BYSTRA radar stations or, from its own portable observation post.  The operation of the gun may be controlled directly from the gun, or with the use of portable terminal or remotely,  from the operator’s post in the WG-35 fire control vehicle.

A modular design of the gun system makes it possible to integrate it with different types of wheeled or tracked platforms of sufficient loading capacity, including the self-propelled vehicles. 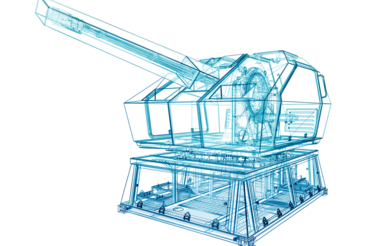