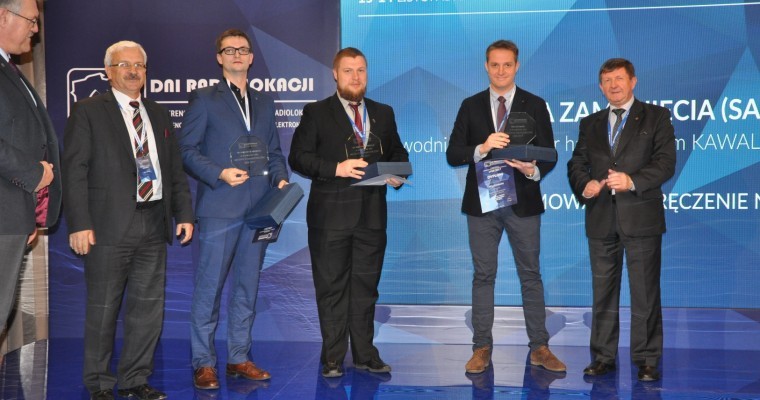 The 9th Scientific Conference on Radio-Elecronics Devices and Systems was held on 14-16 November this year, at the Warszawianka Congress Center, in Jachranka near Warsaw, as a part of the 2017 Radiolocation Days. The three-day event fuses 2 major radiolocation and radio-electronics conferences in Poland, and this year edition of Radiolocation Days was held under the official patronage of the Polish Minister of National Defense, Antoni Macierewicz.

The Radio-Elecronics Devices and Systems Conference is a scientific congress organized as a platform to discuss in more detail major technological issues concerning radiolocation systems, and to strengthen the cooperation between national scientific centers, R&D units and the national industry.

Like every year, the Conference was an occasion to launch the competition for the best conference presentation open to young researchers. 3 prizes and one distinction were awarded.

The winning presentation concerned “Modern FPGA systems for radiolocation uses on the example of adaptive filter module” by Michal Knioła from the Military Academy of Technology.

The second award for the speech on “Selected issues regarding the design of combat micro air vehicles” went to Michał Kuc from the Military Institute of Armament Technology.

The third winner was Marcin Góralczyk from Warsaw University of Technology, and his speech on “the State of aluminum nitride microwave elements technologies”.

The conference was organized by PIT-RADWAR S.A., the Military Academy of Technology, the Military Institute of Armament Technology and the Armament Policy Department of the Ministry of National Defense.

It was sponsored by the following companies: AM Technologies, CST AG, National Instruments, Aeronautics Group and Mex Technologies.

The official media patronage of the event was provided by Polska Zbrojna monthly and Defence24 portal.